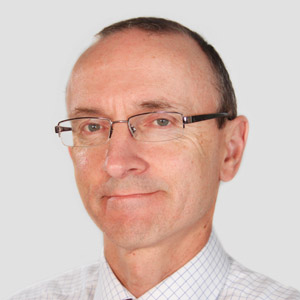 Meron Jacyna is interested in all gastrointestinal and hepato-biliary diseases and undertakes the entire range of endoscopic procedures, including therapeutic gastroscopy, colonoscopy and ERCP.

He graduated from Dundee University Medical School in 1981, winning the Sir James McKenzie Prize in Medicine as outstanding graduate. After obtaining his MRCP in 1984, he obtained his MD thesis (1987), publishing several papers on gallbladder mucosal dysfunction . He then moved to St Marys, London where he worked as a Clinical Lecturer, utilising the newly developing molecular technologies to identify the pre-core mutant hepatitis B virus (published 1988). He also published the first randomised controlled trial of interferon in hepatitis C infection (1989). He was appointed Consultant Gastroenterologist and Honorary Senior Lecturer at Northwick Park Hospital in 1989. He was involved during the transfer of St Marks Hospital from City Road to Northwick Park in 1995, acting as Clinical Director for the Endoscopy Unit for several years after their arrival.